In North America, farmers usually build fences around their properties to keep their animals in. In parts of Australia, where land tracts are large, a farmer has no fence but digs a well in the middle of his land, and the animals never stray too far from the precious water, and other animals come there to drink too. Some churches are “fence” churches, with barriers sorting out “who’s in and who’s out”. We want to be a “well” church where anyone who is thirsty is welcome, and we don’t worry much about “who’s in and who’s out”. We think of church membership as being a fence that sorts out who’s in and who’s out, so we intentionally downplay church membership. We have no idea who is a member and who isn’t, and quite frankly don’t care. Anyone who is interested can drink at our well and be part of our family and be involved and take leadership roles in what we do.

The Essentials of Encouragement

This guy was in the water today at Deep Cove Beach, when I began my walk. He was still splashing around an hour and a half later when I returned. You have to give this kind of effort some recognition. There is a level of enjoyment here that escapes me but I enjoyed...

END_OF_DOCUMENT_TOKEN_TO_BE_REPLACED

It's Tuesday evening.  We've had a wind and rain event today.  The ferry has been out of service all day.  The email just came through and it won't return to the island until tomorrow morning to make the first trip.  I have lived on Grand Manan for a total of 24...

END_OF_DOCUMENT_TOKEN_TO_BE_REPLACED

It's week two of our Zone 2 setback to the orange level.  Every day I look for one item of information ... how many new cases.  That's about all that i can tolerate.  Covid 19 consumes my thoughts at a personal level and as it relates to the our local spiritual family...

END_OF_DOCUMENT_TOKEN_TO_BE_REPLACED 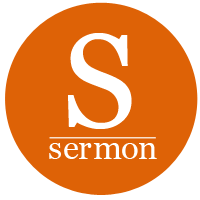 Click the icon for the most recent set of sermon notes.  Join us on Sunday mornings on bible.com, through the YouVersion app.

Our service begins @ 10:30am-ish.  We are primarily a spiritual family. The family is not always on time. There is lots of time to grab a cup of coffee and chat with friends before the service begins.